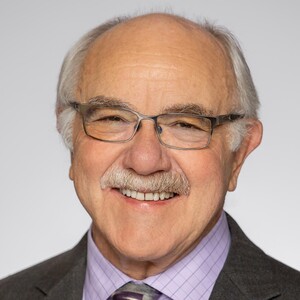 Jack J. Phillips, Ph.D., is a world-renowned expert on accountability, measurement, and evaluation. A former bank president, Phillips consults for Fortune 500 companies and major global organizations. The author or editor of more than 75 books, including Show the Value of What You Do (Berrett-Kohler, 2022), he conducts workshops and presents at conferences globally.

Jack has served as training and development manager at two Fortune 500 firms, as senior human resource officer at two firms, as president of a regional bank, and as management professor at a major state university. He has served on the boards of several private businesses, nonprofits, and associations, including the American Society for Training and Development, the National Management Association, and the International Society for Performance Improvement, where he served as president (2012-2013).

Jack has been recognized and awarded for his work by numerous professional organizations, including receiving the 2022 Association of Talent Development (ATD) Talent Development Thought Leader Award along with his wife and ROI Institute co-founder, Patti P. Phillips, Ph.D. Jack was presented the Distinguished Contributor Award by the Center for Talent Reporting (CTR) in 2019. Also in 2019, Jack and Patti were recognized as two of the Top 50 world leaders in coaching by the Thinkers50 organization and were also listed as top finalists for the Marshall Goldsmith Distinguished Achievement award in coaching. ROI Institute was the winner of the Measurement, Testing, and Assessment category of the 2019, 2020, and 2021 Training Magazine Network Choice Awards program. SHRM presented Jack with its highest creativity award for an ROI study and awarded an ROI Institute book with a best book award. Phillips served as President of the International Society for Performance Improvement from 2012–2013 and was the recipient of ISPI's prestigious Thomas F. Gilbert Award in 2018. His work has been featured in the Wall Street Journal, BusinessWeek, and Fortune magazine, and he has been interviewed by several television programs, including CNN. Learn more at roiinstitute.net.

×
Complete the Sitch.
×
Publish the Sitch and Alert Others.
×
Alert others about the Sitch.