Be The Best Presenter Ever: A 10-Step System to Skillful, Passionate, Persuasive Presentations 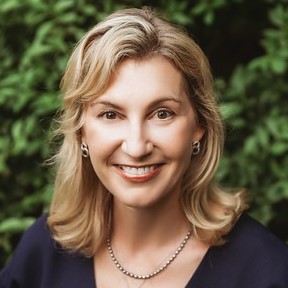 Every strong, confident, and effective business leader should actively work to develop and hone their own authentic presentation style. Whether you are gearing up to give a formal presentation to hundreds of people or a preparing for a critical sit-down with two people, this program will push the boundaries of your capabilities. Fabulous presenter? We turn up your potential. Nervous beginner? We'll get you comfortable and capable with a myriad of speaking situations. Every leader can learn to be a better, stronger, and more effective at persuading their audience.

Karen Hough is the Founder & CEO of ImprovEdge, a #1 Amazon bestselling author, and recipient of the Silver Stevie International Award for Most Innovative Company of the Year 2012 as well as the Athena PowerLink Award for outstanding woman-owned business and the Outstanding Women award from the WNBA’s Indiana Fever. Karen’s second award-winning book, “Be the Best Bad Presenter Ever” was published by Berrett-Koehler in 2014. Her latest book focuses on using improvisation in change management and innovation, “Go with It: Embrace the Unexpected to Drive Change,” and was published in October 2017 by the Association for Talent Development.

A graduate of Yale University, Karen’s first life was as a professional improviser and actor. She trained with Chicago’s Second City, did over 100 theatrical productions, and was featured in radio, TV and film. She lived a second life as a successful executive in network engineering. Finally, she became an entrepreneur. She is a Certified Speaking Professional and has presented to audiences of thousands in the US and internationally.