The Keys to Mindful Storytelling 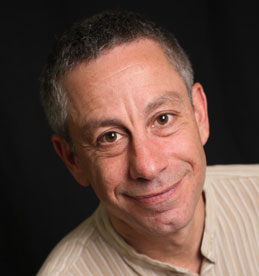 Handouts will be available when you log in to the webinar.
Watch for a prompt from the moderator upon login.

Join professional storyteller and mindfulness instructor Michael Katz to discover how powerful, relevant and engaging storytelling can unlock the magic of performance and benefit the learning process.

View this on-demand webinar to learn:

Michael tells stories which weave together both the comic and the profound using his own highly energetic, animated and interactive style of storytelling. Michael's stories include multicultural folktales, myths, original stories and personal narratives. Michael has performed at theatres, concert halls, festivals, school assemblies, and libraries throughout the U.S.

Not only can Michael be heard on his award winning CD “Far Away and Close to Home” but his voice has been featured on many other recorded projects; most notably as the Narrator at some of the Nation’s most celebrated Museums including the Art Institute of Chicago and the San Francisco Museum of Modern Art. Some of the exhibits for which he’s narrated audio tours include shows dedicated to the works of Georgia O’ Keefe, Ansel Adams and Edvard Munch.