From Yes And to Thank You Because: How Improvisation and Behavioral Science Make Work Better 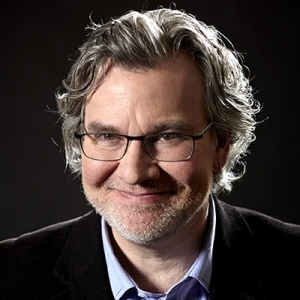 Kelly Leonard builds off the improvisation-based principles from his bestselling book “Yes, And,” to discuss a new initiative he co-leads with the Center for Decision Research at the Booth School of Business at The University of Chicago. The Second Science Project looks at behavioral science through the lens of improvisation. Kelly will share insights that have come from this partnership and talk about the key areas where evidence-based science meets improvisational pedagogy. He’ll also toss in a few stories of some of the famous figures he’s worked with in his 30-year career at The Second City. 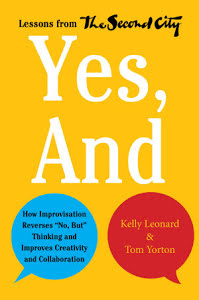 Kelly Leonard is the Executive Director of Insights and Applied Improvisation at Second City Works, overseeing The Second Science Project with the Center for Decision Research at the University of Chicago’s Booth School of Business. His book, “Yes, And,”  was published to critical acclaim by HarperCollins. Kelly has spoken at Aspen Ideas Festival, Microsoft and TEDxBroadway and hosts the podcast “Getting to Yes, And” for WGN and Second City. For over twenty years, he oversaw Second City’s live theatrical divisions working with such talent as Tina Fey, Stephen Colbert, Amy Poehler, Seth Meyers, Keegan-Michael Key and others.